Home Dog How To Scheduled To Be Euthanized, Shelter Dog With Deformed Face Saved By Vet

At a very young age, Squish learned what a shelter is. He was only 16 weeks old when he was dropped at the Cuyahoga County Animal Shelter located in Ohio. He was in a very bad shape and couldn’t even eat on his own. But despite that, he was indeed a one happy puppy who wagged and wiggled his tail when people approached him. 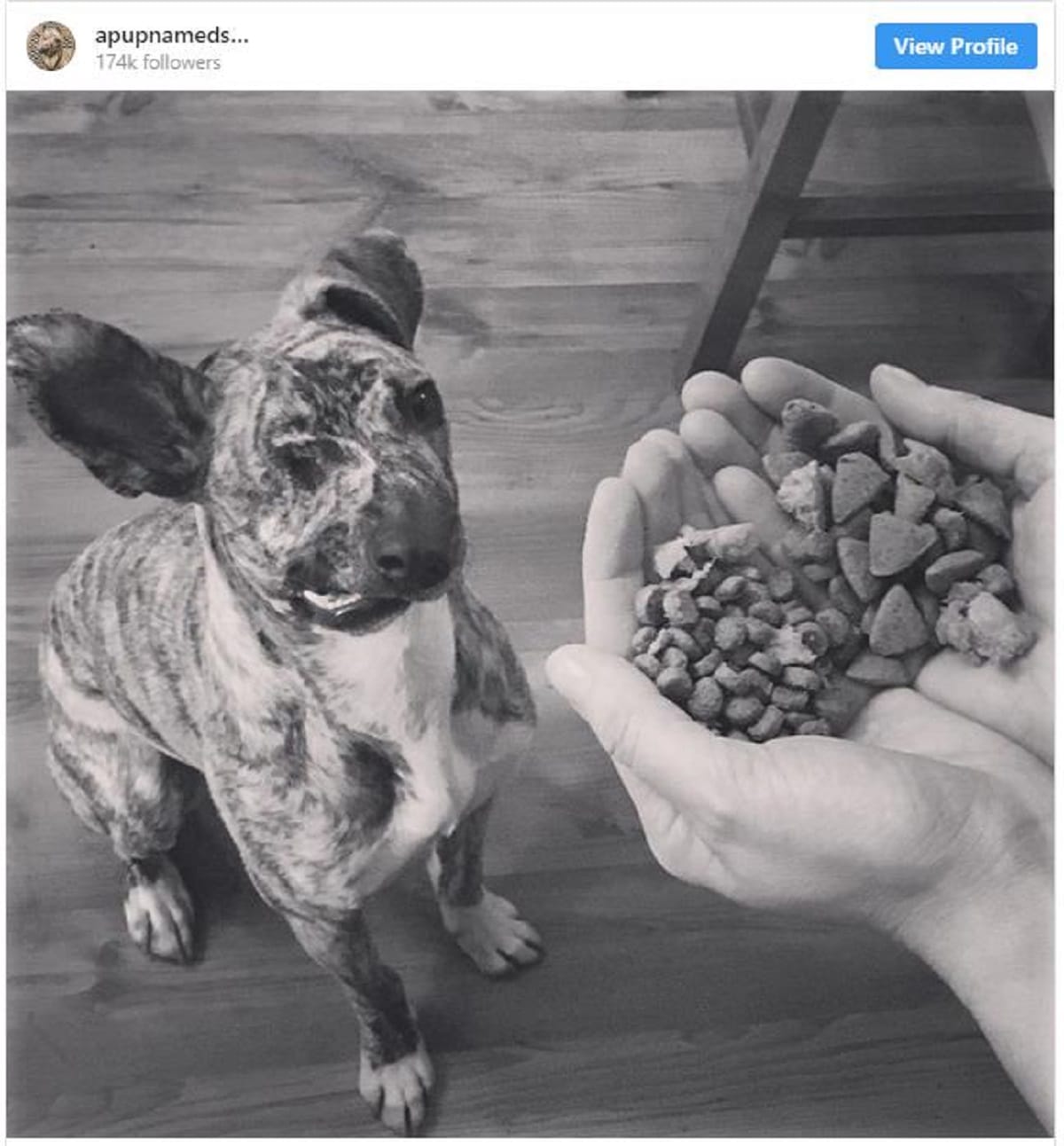 Squish is particularly unique because of his deformed face. The shelter’s vet, Eileen Heldmann, supposed that it was probably due to an infection as a result of getting bitten by another dog. Squish was given antibiotics but without any nutrition getting into his body, nothing seemed to help and his health kept declining.

The future just didn’t look bright for Squish. Two months after, he was already on the kill list and a date has been set. But Heldmann refused to give up and brought the sweet pup to a specialist instead.

X–ray images revealed that Squish’s skull, as well as his upper jaw, were fractured so bad that he couldn’t open his mouth. While it’s clear that the necessary multiple surgeries will be costly, Heldmann had no assurance that the operations will help Squish.

The night before Squish’s supposedly last day, Danielle Boyd, a newly graduated intern of the Cuyahoga County Animal Shelter, met Squish and brought him home with her. She thought, letting the dog stay at a real home and sleep in a real bed instead of a cage will be nice. 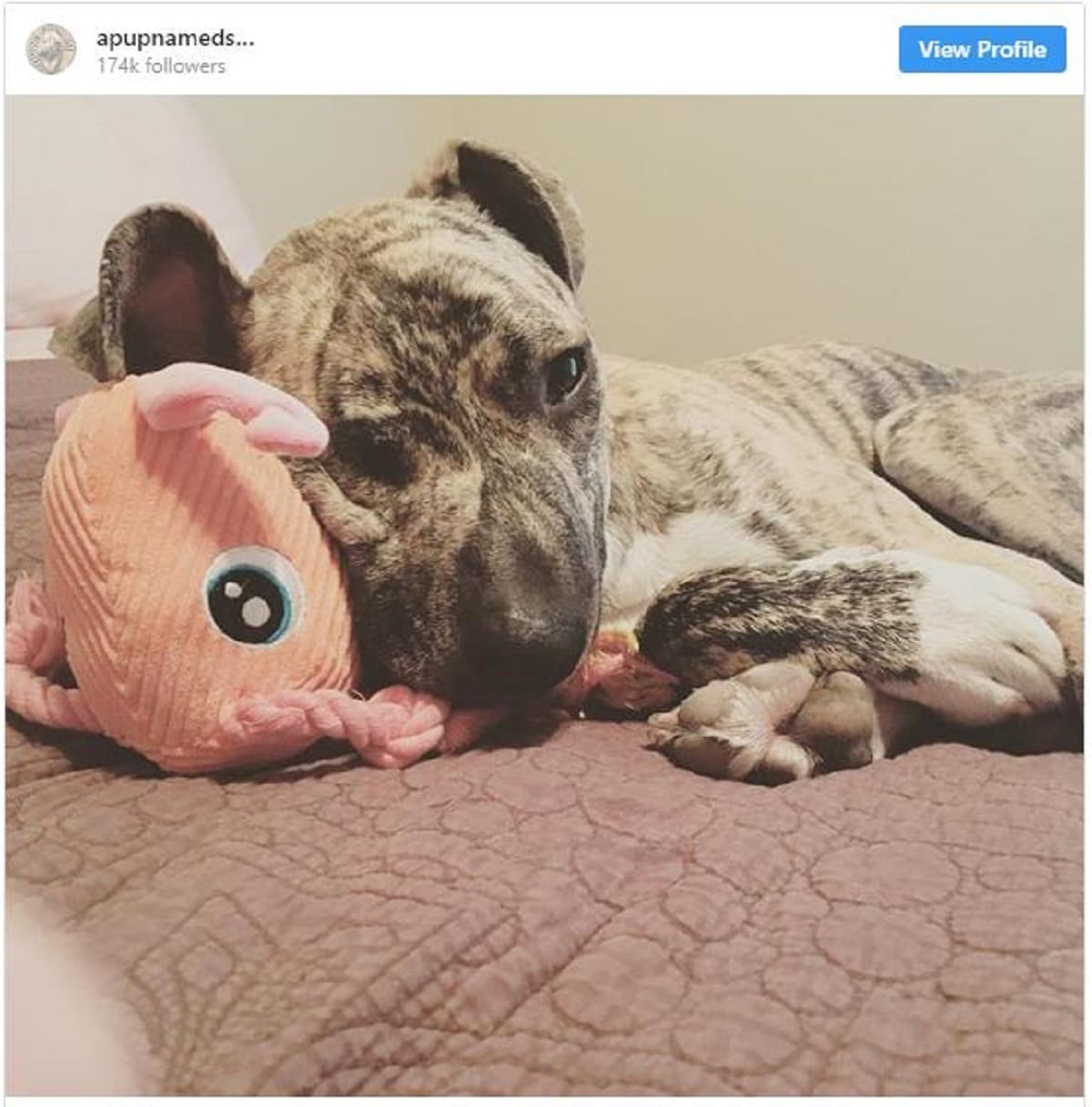 On that exact night, Boyd fell in love with Squish and decided that she can’t let him die. Fortunately, Boyd wasn’t the only one who felt for Squish. The very next day, Heldmann had the surgery done on Squish.

Despite needing to be hand–fed, losing some teeth, and losing one of his eyes after the surgery, Squish couldn’t be any happier after he was completely healed. And now, he sends most of his time running in the yard, playing catch, and cuddling with her new mom, Boyd. 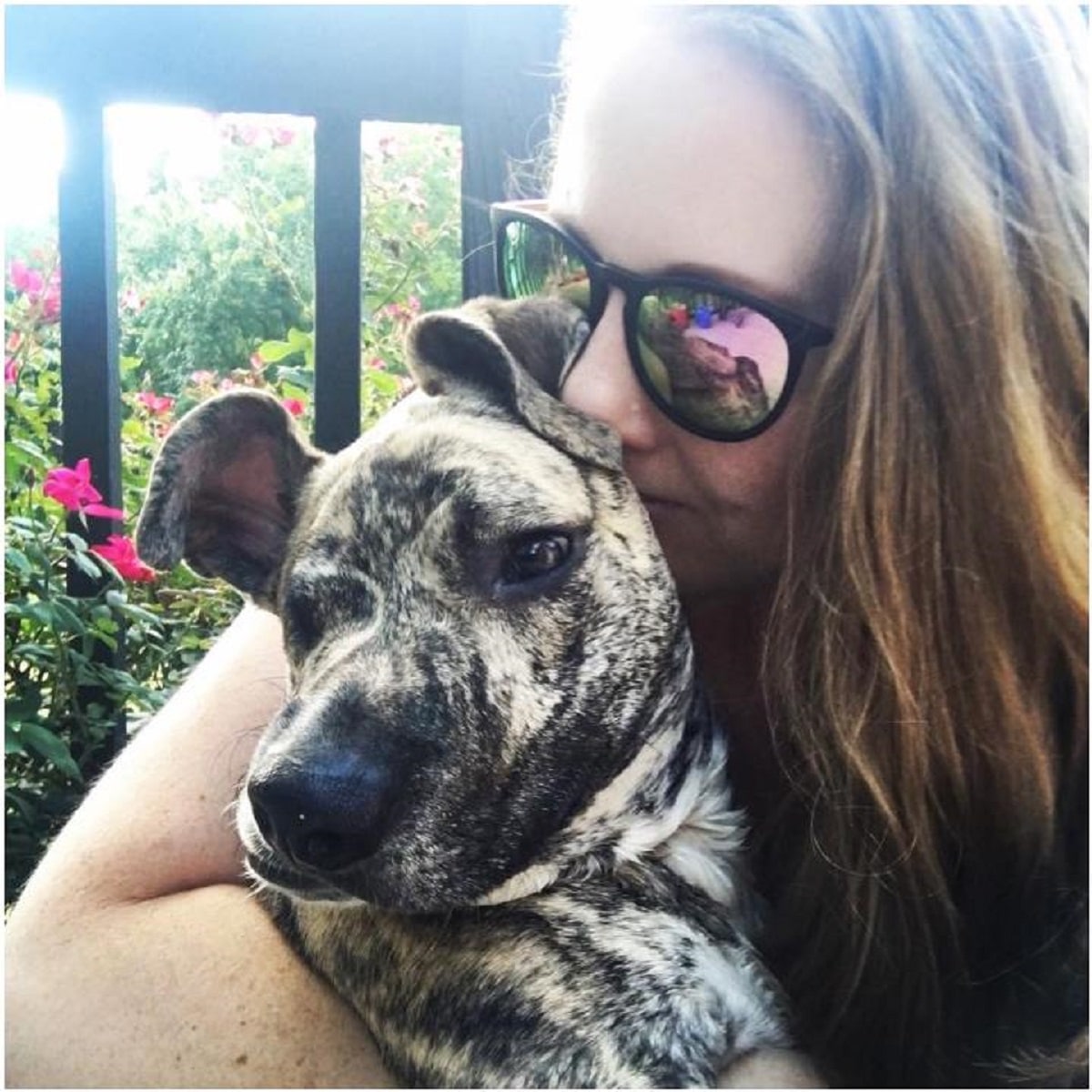 No matter how much suffering Squish had to endure, he remained to be so kind, gentle, and trusting as he’d always been.